Let us promote your website on all major Danish Search Engines! 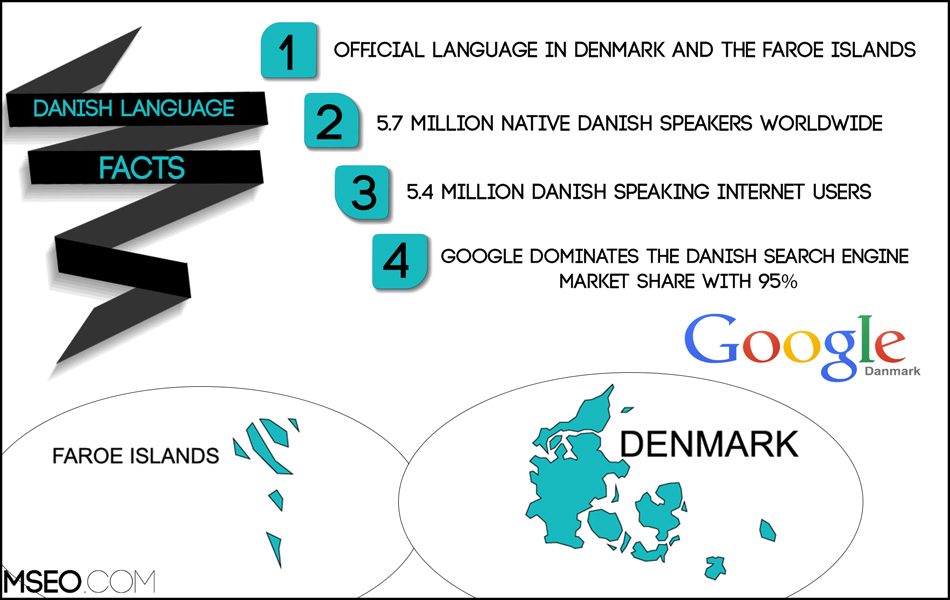 In order to be featured on Danish search engines, it is necessary that your website is localized in Danish, either partially or entirely. Danish website localization refers to the process of translating your current website into Danish, conducting Danish keyword analyses, implementing Danish SEO, and integrating the localized Danish pages onto your website so that you can have eligibility to rank on Danish search engines.

Contract our Danish experts to create an entry page, multiple pages, or a full-website translation in Danish for your website optimized with your Danish keywords/meta tags. As a multilingual SEO company, our primary focus is to deliver culturally and semantically accurate translations while aiming to maximize organic-rankings of targeted foreign-keywords.

The Danish language belongs to the Scandinavian language group, a branch of the Germanic languages in the Indo-European language family. Danish is mostly spoken in Denmark, Greenland and The Faroe Islands as the official language but the total number of Danish speaking people in the world is about 5.7 million in 2014. In fact, the US alone accounts for roughly 300,000 speakers of the Scandinavian languages, which includes Danish as well. Concerning the online markets, there are about 5 million people in the world accessing the Internet in Danish.

Denmark is located right above Germany close to the shores of Sweden. Denmark holds a population of about 5.6 million Danish-speaking individuals and has a GDP of about 314 billion dollars. Denmark enjoys a modern market economy, a strong education system, comfortable living standards, a dependency on foreign trade and a stable currency even though Denmark has not joined the rest of the European Union in using the Euro currency. Denmark is a small country, yet the Danish speaking population plays a key role in the European markets, and should not be forgotten when tapping into European business online.

Get a quote to localize your website into Danish today!