Let us promote your website on all major Hebrew Search Engines! 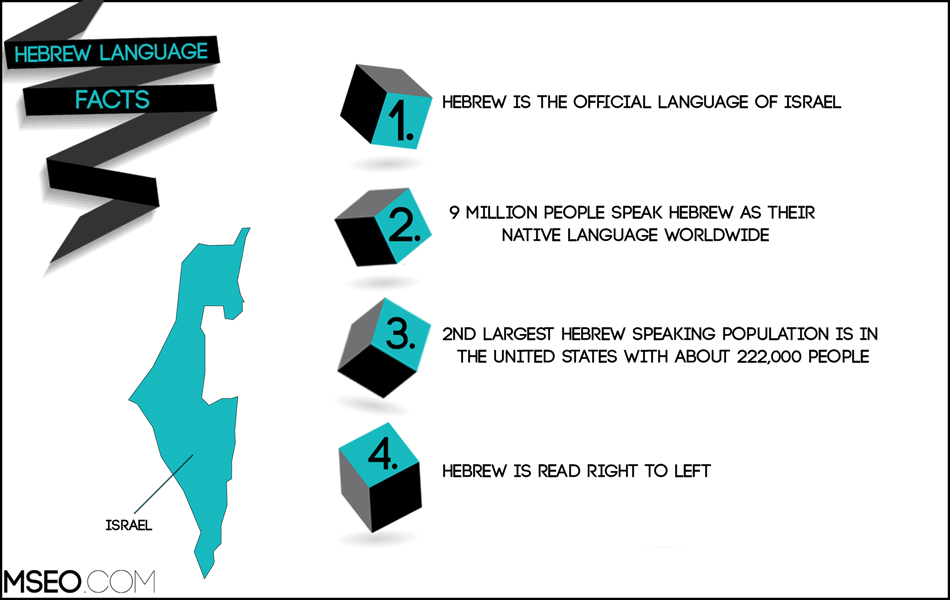 In order to be featured on Hebrew search engines, it is necessary that your website is localized in Hebrew, either partially or entirely. Hebrew website localization refers to the process of translating your current website into Hebrew, conducting Hebrew keyword analyses, implementing Hebrew SEO, and integrating the localized Hebrew pages onto your website so that you can have eligibility to rank on Hebrew search engines.

Contract our Hebrew experts to create an entry page, multiple pages, or a full-website translation in Hebrew for your website optimized with your Hebrew keywords/meta tags. As a multilingual SEO company, our primary focus is to deliver culturally and semantically accurate translations while aiming to maximize organic-rankings of targeted foreign-keywords.

The Hebrew language is one of the oldest languages in the world and like Arabic originated from old forms of languages such as Aramaic, Akkadian and Amharic. Hebrew is a Semitic language and is written from right to left. The Hebrew alphabet, consists of 22 characters. Ancient Hebrew is the language of the Bible but Modern Hebrew, which was brought about in the 19th century, is now the most commonly spoken. Of the 9 million people who speak Hebrew worldwide, 7 million live in Israel where Hebrew is the official language. It is spoken in regions and countries such as the Gaza strip, the West bank, other Arabic nations and the USA. In fact, in the USA alone there are over 222,000 native Hebrew speakers, in addition to about 2.5 million non-native speakers. Worldwide, there are over 3.8 million Hebrew speaking individuals on the Internet.

Israel is the land of the Hebrew speaking population, and has long been involved in much conflict concerning politics, land, religion and history. Israel has a technologically advanced economy and is dependent upon a number of imports and foreign money in the form of investments, loans and transfer payments. Much of the Israeli-Palestinian conflicts have kept the Israeli economy low but Israel holds a GDP of about 242 billion dollars despite this. The Hebrew speaking population worldwide is fairly present in business affairs and represents an important part of the international markets.

Get a quote to localize your website into Hebrew today!